Optimal protein synthesis requires bases in transfer RNAs to be modified. A key modification has been shown to involve an unusual two-step mechanism that entails the sequential activities of two enzymes.

A central dogma of molecular biology is that DNA and the corresponding RNA are complementary. But this complementarity is rewired by a process called RNA editing, which recodes genomic information by modifying, deleting or inserting nucleotides in RNA transcripts. RNA editing has wide-ranging roles in various cellular processes and has clear implications in human disease1. The molecular and biochemical mechanisms underlying RNA editing have proved a challenge to scientists since its discovery 30 years ago in trypanosomes, a type of protozoan2. On page 494, Rubio et al.3 now provide intriguing evidence that editing of transfer RNAs is an unconventional two-step process, thus reasserting a valuable mechanistic concept for the field

An evolutionarily well-conserved editing process called base deamination converts RNA components known as nucleosides into other nucleosides: more specifically, it converts cytidine (C) into uridine (U), and adenosine (A) into inosine (I). In tRNAs, such conversions generate ‘wobble’ base pairs that are crucial for proper translation of the genetic code, and that maintain tertiary structure5,6,7. The enzyme that edits tRNA in archaea7 (which, along with bacteria, constitute the microorganisms known as prokaryotes) has been identified, but its counterpart in eukaryotes (organisms that include plants, animals, fungi and protozoa) has remained elusive. 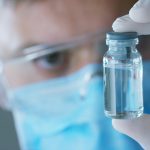 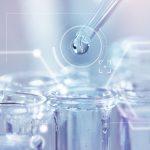